Deep below ground, there is a secret hospital for magical creatures. At Saint Philomene’s Infirmary, all creatures are welcome—except humans. So when twelve-year-old human boy Chance Jeopard unearths a plot to destroy the hospital and its millions of resident patients, he is launched into the role of unlikely—and unwelcome—hero. His infinitely pragmatic and skeptical sister, Pauline, thinks it’s all nonsense until she finds herself swept up in the mission. It will take all their wit and courage for the brother and sister to save Saint Philomene’s—and escape alive!

On an unnaturally hot spring afternoon, the day after the last day of seventh grade, Chance Bee Jeopard, a brown-haired boy of narrow build whose ears stuck out perhaps a bit too far, was digging a hole in the backyard of the small house he shared with his older sister, Pauline, and their mother, Daisy, when plork! Chance’s rusty old shovel hit something that was most certainly not dirt.

Chance was, before anything and above all, a tester of limits. He was a questioner of assertions, a taker of risks. Chance felt compelled to do things like hurl homemade javelins and overinflate basketballs and break ceiling tiles with his forehead and hold his breath longer than his friend Jiro Kurosawa at school (that would be eighty-one seconds); in other words, Chance liked to do anything that dirtied his hands, challenged his body, or dared his mind.

Hole digging, it so happened, encompassed all of this. He wondered why he hadn’t thought of it sooner.

Chance had been working on digging his hole every day after school for the last week, lifting shovelfuls of cool, loamy dirt from the deepening hole in the farthest corner of the backyard, where he was conveniently shielded from his house by the crumpled tree house a twister had, some years before, knocked off its perch up in the branches of a spreading pecan tree, the same tree that now provided Chance with a measure of relief from the sun as he dug, dug, dug.

It was to be the deepest hole in the small town of Starling, a place that held the distinction of being the hottest spot in all of Texas, which was saying quite a bit. Chance had borrowed a shovel from the next-door neighbor, Mrs. Applebaker, who Chance knew from experience to be good with secrets.

The hole, currently seven feet six inches—two and a half feet deeper than Chance was tall—was deep enough that Chance could no longer heave dirt out of the hole with the shovel but was instead forced to haul it up a painter’s ladder in a tin bucket. The hole was narrower at the bottom than the top, so Chance’s work focused on widening as well as deepening it.

It was when Chance was thinking he’d like to dig six more inches before he quit for the day that he suddenly struck something with his shovel. Something that felt like a . . . a skull. Or at least it sounded like what Chance imagined a skull poked with a shovel might sound like—a hollow, chalky plork! Whatever it was, he had broken it, leaving a small hole from which a quiet but continuous sucking sound emitted. It reminded Chance of the fwusssssh of a can of tennis balls freshly opened.

Chance fought a moment of panic. What if there were a whole body down there, dead by some nefarious hand, its wakeful and disruptive ghost ready to haunt Chance now that he had violated its rest? Chance gripped the ladder and was about to start climbing as fast as he could when his senses returned. Ghosts didn’t exist. There weren’t demons or vampires or fairies or shellycoats or Querquetulanae or any of that stuff around. At least that’s what Pauline, his older sister, would have said, and Chance, as much as his sister bugged him, had to admit she was right, at least some of the time. Maybe most of the time. Okay, all the time.

So Chance closed his eyes, took two long breaths, innnn . . . ouuut . . . innnn . . . ouuut—his mother was an Ashtanga yoga instructor and expert breather, and she had taught her children well—then got down on his hands and knees to examine his discovery.

It wasn’t a skull. It was a big pipe of some kind, made from the same kind of ceramic that flowerpots were made of. Judging by the curvature of the exposed bit, Chance estimated the pipe to be about two feet in diameter. He had caused a jagged, roundish hole with the tip of the shovel, roughly large enough to get his hand through. The walls of the pipe felt like they were about an inch thick. He did not actually put his hand inside; he wasn’t up for that kind of test today. What if there were hydrochloric acid in there? Or giant rabid rats? Or something no human had ever seen before—something with big, knifelike teeth as sharp as ocular scalpels and a slobbering appetite for human flesh?

So he kept his hands to himself. Nothing was leaking out of the pipe. There was only the sucking sound, which he realized was just rushing air; the pipe appeared to be a kind of wind tunnel. He carefully bent down and peered inside.

Nothing. Dark as the intergalactic medium.

Wait, what was that? Chance thought he saw something, a faint, dull-gray something, moving quickly. It was there, then it was gone.

Then, Chance heard something all too familiar in the late Texas spring: thunder. If there was ever an enemy of the seven-and-a-half-foot backyard dirt hole, it was a violent afternoon thunderstorm.

Chance riffled through his pockets, looking for something to jam in the hole he’d made in the pipe, but could find nothing. A fat ball of rain popped on the crown of his head. Another rolled down his back. A third exploded on the toe of his right sneaker.

Ah, of course. Chance kicked off his shoes. Then he stripped off his socks, rolled them up, and stuck the sock balls in the hole. Better than nothing. The rain began to fall harder, like it meant business. Chance quickly climbed out and bolted for the house.

He ran inside, where he found that crimson-haired, hazel-eyed human curiosity, Pauline. She was sitting at the dining room table, studying something on a laptop. Pauline seemed to have grown six inches in the last month, her lanky form bent over the keyboard like a sapling in the wind. She looked up and stared intently at her brother. 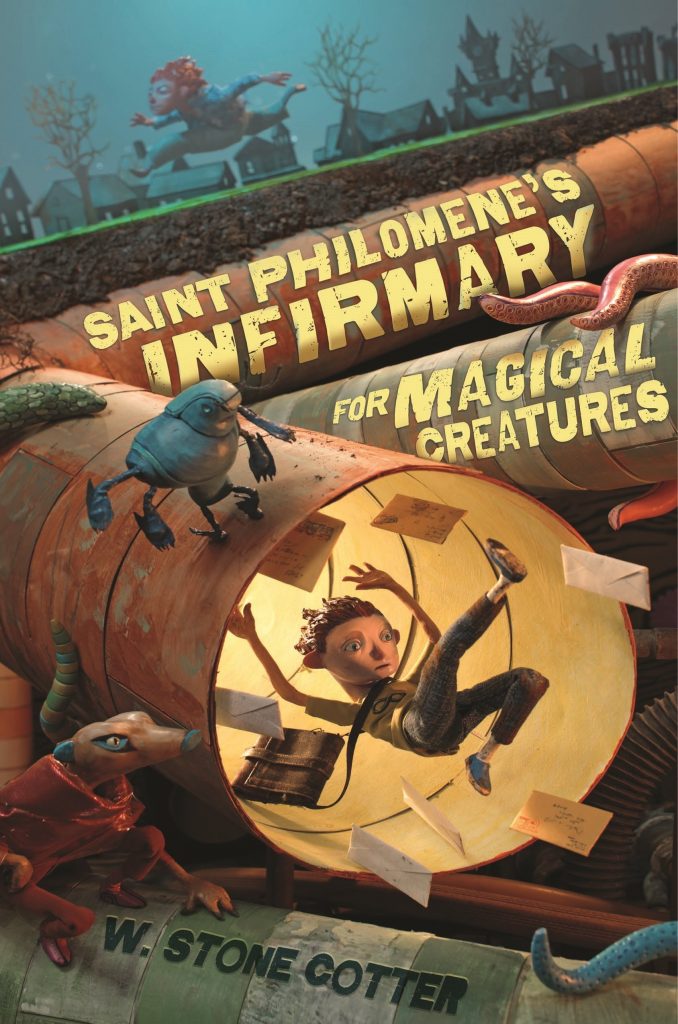 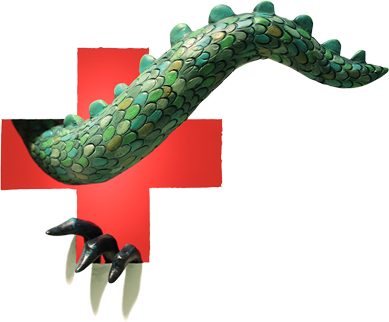 “A hilarious romp through a new underground world.”—Kirkus Reviews

“A suspenseful and humorous adventure that will keep readers entertained throughout. . . [a] wholly enjoyable tale.”—Publishers Weekly

“The action never stops in Cotter’s offbeat debut, which bursts with imagination and fascinating nonhumans”—Booklist